It was seemed a fitting ideal as the 13 colonies were being forged into these United States from people who emigrated here from England, Scotland, Ireland, Holland, France and Germany, and took hold even in the years that led to the founding, in 1789, of what was called "a more perfect union."

It's taken a long time, perhaps ongoing, for some -- the indigenous peoples and the slaves who were brought here against their will, along with their descendants -- to be welcomed into what in other imaginings might be a multi-colored, multi-textured tapestry, a single diverse chorus with many voices singing at times in unison harmonically, polyphonically, polyrythmically.

For 180 years, we were a melting pot forged from a multiplicity of cultures, a nation where a network of public education and public library systems, together with a free press, helped assure a homogenized brand of citizenry, even at the risk of rolling over the rich diversity of cultures harkening back to the places of our origin. 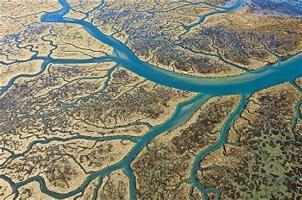 But the Cold War mentality of the1950s led to a push to replace the national motto with the words "In God We Trust," so that the Latin phrase emphasizing a coming together was replaced on our currency.

"In these days, when imperialistic and materialistic communism seeks to attack and destroy freedom, we should continually look for ways to strengthen the foundations of our freedom," Rep. Charles Edward Bennett, D-Fla. said as the introduced the bill to change the motto from E Pluribus Unum. The measure was passed unanimously in both houses of Congress. It has been upheld in numerous court challenges on Constitutionality grounds.

Never mind that mottos and patriotic phrases don't necessarily reflect truth so much as ideal values our government wishes to instill. Otherwise, the official motto would surely be "In Gold We Trust"

My own question is less about violating separation of church and state. It's more a question of whether we've abandoned the ideal of coming together, and whether we seem to trust in any common value at all.

It seems we've all gone our separate ways, retreating to our distinct labels, our favorite media, our preferred version of truth, our individual chosen identities and lenses through which to view our common world, each vying for turf.

If that suggests a sorry turn toward self-interest and away from the common good, it seems to me that it also moves us further toward the delusion that we're separate, that our fates don't hang together.

How do we convince the reckless, self-centered COVID deniers, for example, that it's not simply a defiant act of their own independence to refuse mask wearing and keeping a safe distance from everyone else?

Where do the climate crisis deniers believe they and their children .... and all of their friends and family and the rest of the world ... will find a livable future if we ALL don't begin to take responsibility for how we live immediately?

Why does any one of us believe we have the right to treat anyone, any other group of people, under any circumstance, as any less than we should be treated?

The hyper-cynicism that seems to be fostered in a universe where each person acts like we're the center of that universe, with a growing cyber-sensibility gnawing at our human drive to care for one another also feeds a growing distrust.

If E Pluribus Unum sounds antithetical to the pluralism and respect for diversity that we need in our society, I'd say that's a mistaken hearing of the concept.

Rather than a a romanticized call for coming together, "simply" trying to bridge the partisan, polarizing factions that dominate our discourse in this country today, I would point to the very common struggles of oppressed working-class, lower class and unemployed Whtes who have learned to differentiate their needs from those of Blacks, Latinos, Native Americans and other marginalized segments of our society.

The time is long overdue for realizing that our issues are the same, our needs are the same, but we've been socialized to believe, as author Isabel Wilkerson describes in "Caste," that our wellbeing depends in subjegating the other and isolating ourselves rather than forging solutions together, out of a common sense of determined purpose

Depending on your definition of "God," we absolutely need to be able to trust in a common good, in one another, in ourselves, and in our ability to care for this world, all its inhabitants of every kind, and for generations to come.

As a nation, it seems, we no longer trust in science or in the sanctity of truth, or in the value of our humanity in the way we relate to one another. Some of us may trust in God, but that terminology seems open to interpretation and abuse. Some seem to trust in demagogues and in flagrant lies that they perpetuate to serve themselves.

Their falsehoods have their own mottos, their own metamessages: don't trust the science, don't believe what you know in your heart to be trues, don't trust in one another, always be fearful, and don't question that we are the sole arbiters of truth.

In recent decades, as the divisive forces in this nation have dominated, growing louder and more shrill, we've heard much too little the positive voices of labor unions and conscience-driven religious leaders reminding us that we share so much in common that can be a positive force for healing our divisions and solving problems together.

"We arrive out of many singular rooms, walking over the branching streets. We come to be assured that others surround us, to restore their images upon our eyes.

We enlarge our voices in common speaking and singing. We try again that solitude in the midst of those who with us seek their hidden reckonings.

Our eyes reclaim the remembered faces; their voices fill the surrounding air. The warmth of their hands assures us, and the gladness of our spoken names. This is the reason of cities, of homes, of assembles ...

It is good to be with one another."

May we come truly together, somehow, trusting in the wisdom emanating from the silent truth in our hearts. 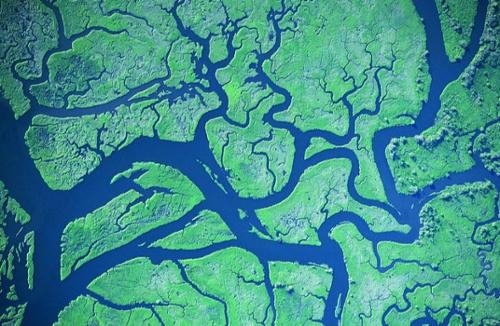 Check out my books, Inner Landscapes

and Good Will & Ice Cream